Vienna, the No.1 worldwide? 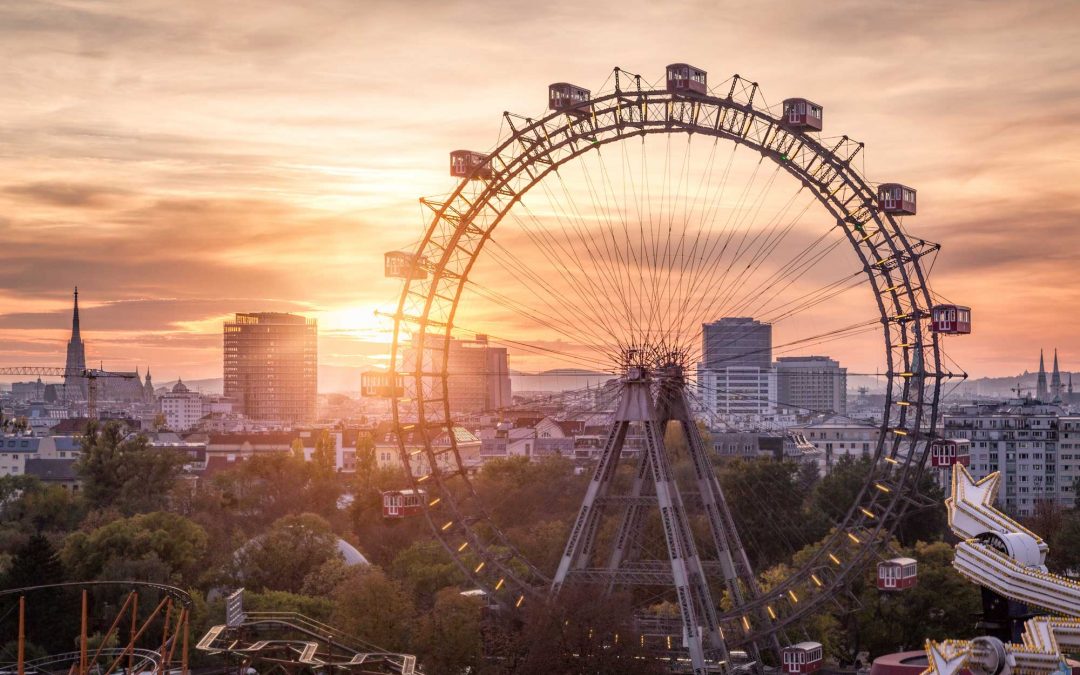 The town with the best quality of living in the world! Is that really true? An analysis of Austria and its capital Vienna on basis on objective hard and soft facts.

According to the famous international Mercer institute with its head quarter in New York, United States, Vienna is ranked as number 1 worldwide in terms of quality of living (out of 231 cities) – and this not only in the last year, but also in the previous 10 years! Sounds as if Mercer has a special favor for the Austrian capital. Let’s try to make a more objective approach out of it by having a look also on some other analysis of other institutes as well as indices that might confirm the Mercer point of view.

Interestingly there are indeed also numerous other institutes that see Austria’s capital Vienna in the very front when talking about liveability. Here are some examples: the German “Roland Berger institute”, HQ in Munich (analysis of “smart city strategy”, 153 cities worldwide), the international Magazine and Media Company “Economist” with its British Head Quarter in London (analysis “global liveability”, 140 cities worldwide) and the UNO (United Nations Organization), headquartered in New York City (analysis “state of the world cities, most prosperous cities”, 69 selected cities worldwide) have one thing in common: they all see Vienna as number 1 worldwide in their respective studies. Numerous other institutes list Austria in their top 10 when talking about liveability (in different shades of focus in their analysis). So, at least the position of Vienna seems to be not just pure coincidence or shaped by interests.

Note on the current situation during the corona pandemic: due to the coronavirus pandemic some of the rankings mentioned above have been shaken up. Especially the European metropolises have lost their overall leading positions which may be due to the longer lockdowns and the greater burden on the national health systems in Europe. So did Vienna. The “Economist” sees Vienna 2021 – after 3 years at the top of this international ranking – “only” ranked 12th after all. The new top destinations 2021 are now all outside of Europe, the leading position of Vienna has been taken over by the New Zealand port city of Auckland.

However: after coping with the corona crisis the future rankings of these institutes should be more interesting and meaningful again, latest starting from 2023 the international conditions should be easier to compare again.

Let’s have a look on some hard and soft facts, that might have something to do with the liveability in cities – will those facts confirm the outstanding position of Vienna in terms of liveability?

With its almost 1,9 Mio. inhabitants today, Vienna has always been famous for its history with the Habsburg monarchy. Even more important in the world’s eyes is the spirit of Mozart, Beethoven and other classical musicians that seemed to build the character of the city as the world’s capital for classical music. But the lifetime of Beethoven and Mozart in Vienna was over more than 150 years ago. So, what has this to do with the city today? Indeed, hardly anything. Nevertheless, even though the town has meanwhile been emerging as a modern metropole, you can still feel the history in every corner of the city. What is it then, that makes Vienna so liveable?

The regional GNP per capita with around 50.000,- EUR in 2017 in average is good, but still nothing special in comparison to other metropolies. Vienna is the location of over 200 Headquarters of international companies, which treasure the comparably high productivity in Vienna (and whole Austria), but also the geographic position in the very heart of Europe, just a few flight hours away from wherever you want to go in Europe. Vienna is seen as the main gate to Central and Eastern Europe which in return is still seen as the main area for growth on the continent. Accordingly the Airport Vienna is connected to the most destinations in CEE, more than Frankfurt and more than London Heathrow.

In terms of digitalization Vienna is coming up with a so called global internet hub VIX which guarantees highest standards in this field.

Which other factors might have led to Vienna’s position? There must be much more …

With its 20 universities and more than 200.000 students Vienna is the biggest location for tertiary education in the german speaking area and also one of the most important cities for students worldwide. One interesting detail: every 4th student is coming from abroad to Vienna.

Another important factor might be the excellent conditions for research and development in Vienna (and the whole of Austria). With around 40.000 people employed in the field of research (which makes up an unbelievable 5% of the total number of employed in Vienna), the town appears to be THE center of research and development in Central Europe, not least because research activities of companies are supported by several measures and activities of the Austrian state.

Both for companies as well as individuals also the cost of living can be crucial to the living standard in a town. Despite of the growing demand office rents in Vienna have remained quite cheap in the European comparison: Vienna is listed number 2 in Europe behind Bukarest/Romania with the lowest costs. The same appears to private rents of appartements, listing Austria number 3 among selected cities in Europe right behind Portugal and Spain with the lowest costs. Also the cost of food (as a percentage on total costs) is low, listing Austria again number 3 in Europe right behind Great Britain and Ireland.

On the other hand, the level of salaries is comparingly high in Vienna (and whole Austria). An important indicator for material wealth is the so called “actual individual consumption” measured in “purchasing power standards”, Austria is ranked number 4 in Europe, right behind Luxembourg, Ireland and the Netherlands.

Beside the mentioned factors the outstanding state support for start ups make Vienna and the whole of Austria a real bench mark and Hot spot for start ups in Europe. The facts behind this have also convinced the “Forbes Magazine”, to mention Vienna as “the best place to start a business”, also referring to the “2019 Startup Cities index” compiled by UK freelance market place “PeoplePerHour”, ranking 25 selected cities worldwide according to factors like “most likely to impact start ups, availability of coworking spaces and strength of local talent pool”. And one more time Vienna is listed as number 1 among those worldwide cities, followed by Tokyo on 2nd rank.

Last but not least Vienna is also one of the main cultural capitals in Europe with an amazing “variety of events and conventions taking place all year round” which makes Vienna an “overall beautiful place to live”. And finally Vienna has been winning another world championship as one more time number 1 in the “Green City” list of the mayor.eu, the European platform for cities and citizens, followed by Munich, Germany, the first ranked non-european city being Sao Paulo, Brazil on rank 5. However, if we talk about nature, the pure nature in Austria can rather be found in the mountainous areas in the west, whereas Vienna is situated in the east of Austria.

So, if we ask the initial question one more time: Vienna, the town with the best quality of living in the world? Really true?

Although there are other cities that also deserve to be near or at the top of that list, these rankings are objective measurements of a lifestyle based on set parameters. Consequently the clear answer has to be: definitely yes!